I think we could easily have had another day in Monterey but we had The Plan to obey.  And today was going to be a drive down the Big Sur!Another vast breakfast, this time at a Black Bear Diner.  Food was great, and they certainly committed to the whole “bear” thing.

The plan was to drive down the Big Sur but we were unsure till the last morning if it would be possible.  California had been gripped by several massive wild fires and the emergency services had been closing off areas to control the spread, allow the fire-fighters to work and create fire-breaks.

On the day we were able to drive where we wanted but there was still plenty of evidence of the struggle going on;  lot’s for fire-engines moving about, base-camps for large teams of fire-fighters and plenty of signs expressing thanks from grateful and relieved residents. 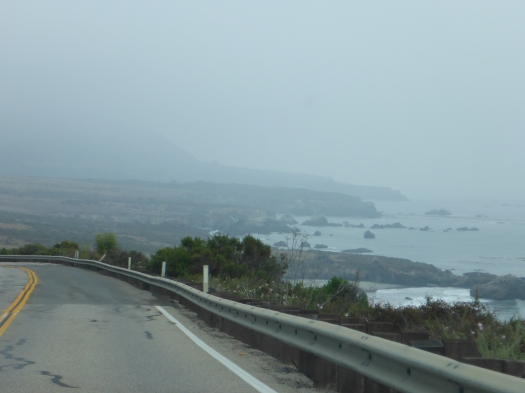 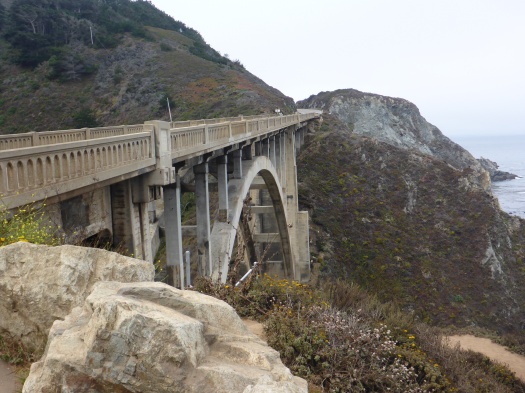 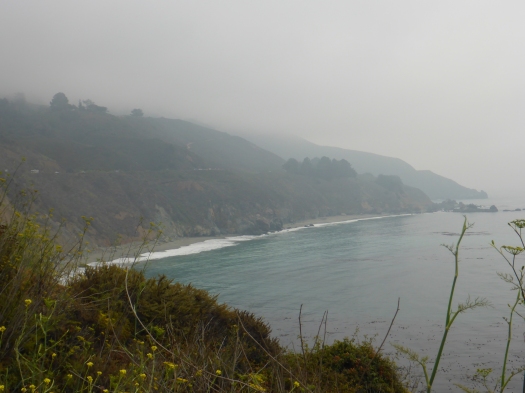 There was still a lot of fog and smoke but we saw some great views.  After stopping at the Whale Watcher’s Cafe we were pretty keen to see a whale and we were in luck!

It might be a little difficult to see the detail in that shot so here’s a completely unaltered close-up;

Finally got to Cambria, dropped our bags off at the Fogcatcher Inn (really nice mini-chalets) and finished the day off with a great meal at the Cambria Pub and Steakhouse.