As part of the long list of preparations for the release of Elite : Dangerous I decided it was time to get a new HOTAS system.  Hands On Throttle And Stick means exactly what it says;  a joystick and throttle with so many buttons you don’t need to take your hands off to fiddle with the keyboard.  They can be expensive bits of kit, but after a lot of searching and reading I settled on getting the CH Fighterstick and CH Throttle.

This post will break down why I went for the CH and I’ll do a follow-on post about what I think about the HOTAS system itself.

There’s a lot of opinion on HOTAS set-ups on the Internet.  There’s a HOTAS sub-Reddit, the various flight-sim and game forums, dedicated forums for the hardware itself and obviously loads of tech, gaming and hardware sites.  The problem comes from the fact HOTAS systems are expensive, so you rarely get someone who can objectively compare them.  Add to that the issue that if you’ve just spent 200 quid on a fancy gamepad you’re likely to commit fairly hard to your decision;  buyer’s remorse is going to be pretty unlikely.  Thats said Internet posters are only too happy to trash the clearly inferior joysticks everyone else got 😉

You do come across the enthusiast who is rich enough, commited enough or single enough to afford multiple sticks and has an objective opinion on all of them.  As I hovered round the forums I managed to get together the following snippets of information about the systems that drove my choice; 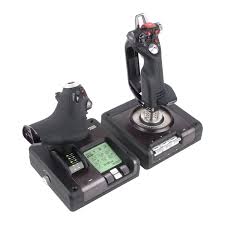 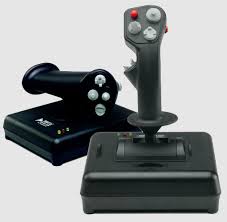 It was quite a difficult decision mainly down to the fact I probably would have been quite happy with any of the sticks above and there wasn’t a clear winner.  The deciding factor was where there were posts by users with multiple HOTAS systems the majority preferred the CH setup.  In some cases the exception was for using the Warthog in DCS A-10 (the simulator it was designed for) but that wasn’t true in all cases.

As it was quite a bit of money and I wanted to use them for as long as possible the track record of the CH sticks was hard to beat.  Along with that they had a reputation for accuracy which meant I’d hopefully see a nice upgrade from my existing sticks.  Finally at some point I’m going to want to get an Oculus Rift so it’s appearance won’t matter at that point 😀