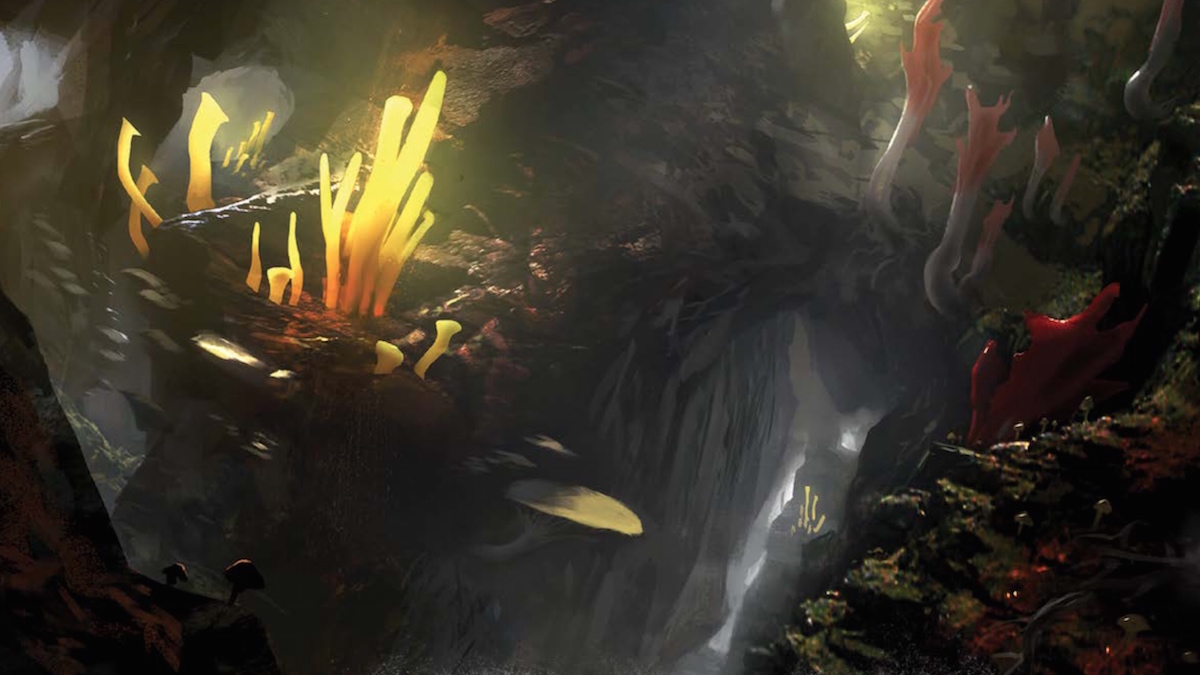 I’ve started running a D&D campaign using the Fantasy Grounds software with my friends.  After a few quick mini-adventures to get used to the system, we’re going to launch into the Out of the Abyss campaign (with a brief dabble with Harried at Hillsfar first)

Normally a spoiler warning would be appropriate in case you want to play this yourself in the future but the likelihood of my players;

is pretty infinitesimal so take it with a pinch of salt.  If the Forgotten Realms is still standing at the end we’ll clock it as a major win.

The Adventurers were a mismatched set of rogues, warriors and spell-casters;

Anastacia DeWitt, a rogue and a charlatan.  Has some history with the Drow and a “if I can’t see them, they can’t see me” attitude to stealth.

Whitie, the ranger.  A wild-card that puts the “Chaotic” into CG.  Notably, he has  “Don’t expect me to save those who can’t save themselves. It is nature’s way that the strong thrive and the weak perish.” as a flaw.  This can only be described as ironic.

Aiyu.  Nominally a fighter but his strong sense of self-preservation and heavy personal investment in maintaining escape routes suggests a more roguish bent.

Zook, The Magnificent Wizard.  A researcher obsessed with discovering the secret of immortality and prolonging his own life.  This often translates into setting everything on fire.

Brother Targen.  A world-weary cleric of Life who regularly gets divine messages about how specific mechanics work in the world without having any personal experience of them (“A silver weapon!  I’m getting a sense we may fight creatures resistant to normal damage in the future!”)