We’ve just come back from a great week’s holiday in the Brecon Beacons.  We had a great time; weather was good, tasty food, interesting scenery and decent broadband (phew). 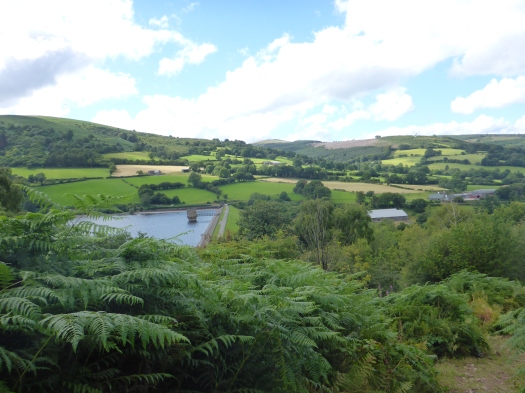 Though to be fair I get one out of three of those most of the time (my wife would argue that I get two out of three) but still;

This one was no exception.  The family made me a great cooked breakfast and then I opened my presents; I got some awesome ones including a fez and a Groot bobble-head 😀

The whole day was great;  we had a nice lunch out and my wife cooked me a steak for the evening.  We rolled some D&D characters (my kids had never played before) and I lounged by the fire reading instruction manuals.

The rest of the holiday was brilliant too.  The weather only went Full Welsh for the last day so we had lots of time to explore the local village and walk through the woods.  We found some great waterfalls on the local rivers and some of the scenery was beautiful.

Talybont-On-Usk was the nearest village and we had some great food in the local café and pub.  The café owners were particularly nice, forgiving my ineptitude when I dropped my ice-cream on the floor.  Having offered me a new one they did exactly the same thing when my youngest repeated my error two steps outside the building.

The girls spent some time mucking about in the stream and diverting the flow (Obie was unsure about the whole ‘water’ thing.  I’m coming to the conclusion he’s a Golden Retriever in name only).  I used the barbecue while the weather was good and we normally rounded the day off by watching an episode or two of Once with the dog passed out in front of the fire.

I played a bit of Distant Worlds (overwhelming but awesome) and Walking Dead : Season 2 (awesome but depressing).  I’d get up early with the dog and we’d both lock ourselves into the kitchen so no-one else was disturbed.  This pretty much mirrors what I did when the girls were babies too;  hiding in another room with them and an interruptible computer-game while my wife grabbed a bit of sleep 🙂