Home › Diary Entries › Tales from IT › Tales From IT: Cultural Differences

Tales From IT: Cultural Differences

When I started as an IT dogs-body I was lucky enough to do quite a bit of travelling.  For a young guy this was awesome;  configure Exchange servers, see the world!  But it also meant I was hopelessly naive AND due to my extreme Britishness I didn’t speak any other languages (even English was ropy).

So I occasionally suffered from Culture Shock, like when I was sent to Rome to set up Exchange on short notice…

This was about 20 years ago.  A small company had been acquired in Rome by the parent company I worked for and one of the most pressing issues was to get them on the corporate email system.  As resident Exchange monkey I was sent over to configure their server.  There were only a few staff there while I was (the two IT guys and the two women who ran the admin side (and did IT backup)) and they were all very friendly, taking me out for coffee as soon as I arrived.

We have both sorts of coffee:  Large and Small 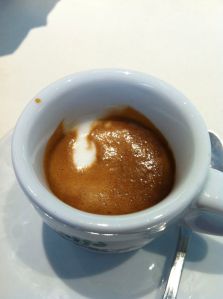 Espresso in the local coffee shop.  I wondered why everyone was smiling at each other and me.  As one of the IT guys explained;  “You don’t need to ask for Espresso.  There is only Espresso.  All coffee is Espresso.”

Lesson learned.  The STANDARD COFFEE was lovely though.

In the UK smoking had been banned in most workplaces for quite a while.

No so much in Italy.

After our coffee I got to work back in the server room.  And by “Server Room” I mean large cupboard with a single rack in it.  I could stand in there (with a little room) but the two IT guys squeezed in there as well to watch what I did. 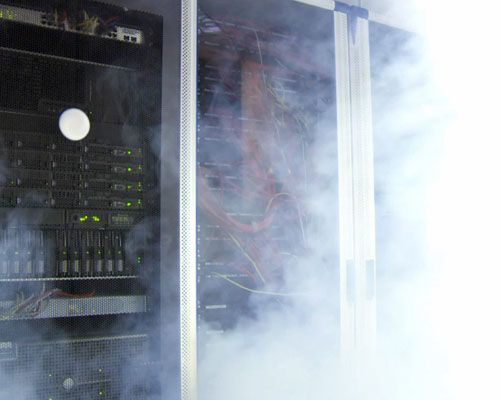 Not shown: Me, wheezing and trying to use the Exchange Server Manager

It was a little snug to say the least (I’d guess the whole “personal space” thing was pretty different too) and both of them chain-smoked the entire time.  I was too British to ask them to stop and the cupboard slowly filled up with second-hand smoke.

It brought to mind Impossible Mission films;  I was desperately trying to set the server up before the smoke reached eye-height.

I had another slight communication breakdown over lunch.  The people there were very curious about the working culture of their new parent company and asked me about what it was like.

They wouldn’t believe I got 4 weeks holiday a year.  They were totally incredulous.

I suddenly worried I’d made a faux-pas (maybe they got a lot more holiday than that before) so I tried to explain the holiday scaled up with time in the company and because I was so junior I only had the basic amount.

The fact my manager got close to 6 weeks holiday convinced them I was pulling their leg and I couldn’t understand what the problem was.  After a bit of to-and-fro I figured it out;

IT Guy: “What’s to stop me taking my four weeks in July and having two months off?”

Me, confused:  “What, if you’d held some holiday from the previous year you mean?”

Me:  “Sometimes you can carry over and that might give you two months.”

Him:  “But I’d only need 4 weeks holiday to take two months off over summer, right?”

It turns out they really did only got a few days holiday a year.  That was because the entire company shut down in August.  This was apparently a common thing due to the heat.

I only figured out what was happening quite late in the day and I was tired and asphyxiated by secondary smoke so I left it to my HR department to sort out….

Categories: Tales from IT