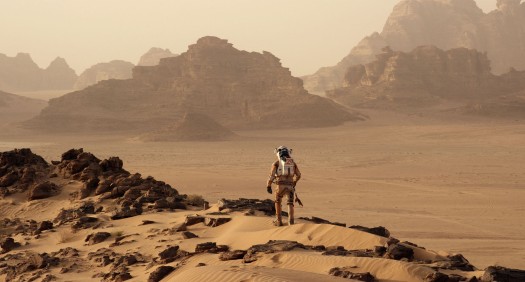 We all went to see The Martian and the local cinema this week so I decided to write a few words about it if you’re wondering whether to see it.  Spoiler-free review follows!Premise in as few words as I can;  an astronaut (Matt Damon) gets left behind on Mars after his ship leaves.  Can he survive using the remnants of their base, his willpower and SCIENCE.

Really that last word needs to be capitalised as it’s a big part of the film;  all the cool hacks and tricks he uses to eek out an existence with limited supplies in one of the most hostile environments imaginable.

XKCD summed it up brilliantly;

As you can imagine, you get the roller-coaster of triumphs and adversity as the film progresses but it’s always believable;  you understand immediately that he’s one bad decision, one piece of faulty kit or one bit of bad luck away from a quick death.

The film manages to maintain this tension all the way through.  You’re cheering him on to survive but each moment of relief frames the next puzzle for him (and us) to figure out;   if he solves it he gets to live a little longer.

Mars itself looks great.  It’s sufficiently alien while being able to inspire some jaw-dropping “wow” moments with its beauty.  The scale for the landscape shots is massive; they always reinforce the sense of one small man vs a world that would like to kill him.  Or maybe one man vs a world that’s managed quite well without mankind up till now thank you very much and doesn’t feel the need to be especially accommodating to its new guest. 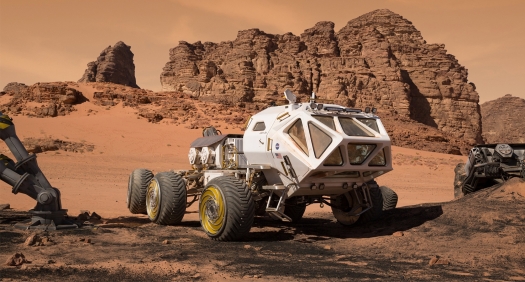 Without giving the story away it’s also a great ensemble piece.  You’re always aware about the stranded astronaut’s plight but the film does a great job showing how it affects everyone else close to him in NASA;  his crew, the mission leaders,  the scientists etc.  There’s lots of drama but little conflict as everyone pulls together to help.

I’ve always tried to install a sense of “Science!  Hell yeah!” in my children and this film brings that in spades.  There’s some mild threat and injury plus some fruity language in places (which is a bit understandable considering his predicament) but nothing got in the way of enjoying the core message.