I’ve never really got on with dogs.   I can remember only too clearly being chased around by them as a child, these huge,  giant, noisy, chaos engines (the giant thing might have been more to do with my diminutive stature rather than all the dogs being Great Danes though).   Plus as an adult I’ve been wary about how much effort it’ll need to do a good job raising them. 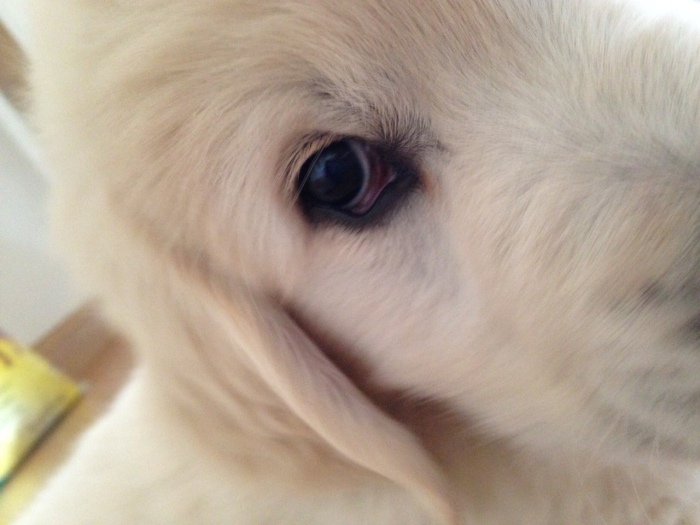 He’s coming right at me!

We picked up Obie a week ago and drove him back home.  He was pretty subdued all the way home and was generally pretty quiet around the house which I put down to the shock of being wrenched away from his family and dropped into a smelly house surrounded by strangers with weird, alien behavior.  I can remember it being much the same when I moved into my student house at University.

He’s certainly found his feet in the last few days though, exploding round the garden and getting into everything.  I’ve been desperately reading all the manuals to figure out how to train him / entertain him / stop him killing himself with varying degrees of success.

One area where the books let me down was with introducing him to cat.  All the books say the dog is bound to chase the cat so hold onto him and let the cat run away as she sees fit.  Which seemed sensible.

Except our cat is a pitiless murder-machine. 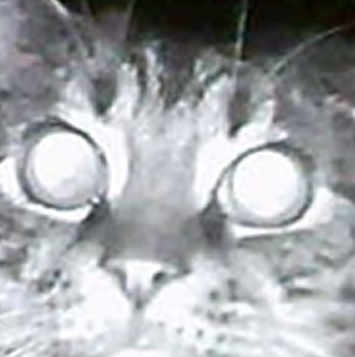 Their first introduction was as the dog was heading back towards the open back door after a visit to the garden.  He was bumbling along with not a care in the world and I saw the cat freeze in the doorway, staring at the dog.  I held onto the dog and let him and the cat size each other up.  Here’s what happened next;

At this point, the dog refuses to come anywhere near the door.  I see the cat is standing just inside the door with a ‘come at me, bro’ look on it’s face so I close it to reassure the dog.

But even after several minutes of reassurance the dog is still motionless and staring at the door.  It takes me a few more minutes to notice the cat has her face pressed sideways against the cat flap, staring at the dog with an unblinking eye of pure evil.

I eventually locked the cat away and got the dog to come back in.  Dog-Cat relations have since been frosty, but thawing.

Other than that Obie is settling in nicely.  He seems pretty awesome to be honest; a small, furry super-enthusiast.