My kids are getting into computer gaming and they often ask me what certain gaming-related words mean.  I never really think about how byzantine some of the words are until someone asks so I thought I’d note them down as best I kind.  I’ve tried to keep the list as generic as possible (if I included all the MMO slang it’d probably be several dozen more pages).

So here’s the list, and my best attempt to make sense of them;

AC : Armour Class.  A holdover from Dungeons and Dragons representing how hard you are to hit.  Sometimes used as shorthand for all kinds of defensive abilities.

ARPG : Action RPG.  Like RPG (see below) but with less of that dull talky-talky role-playing rot and more bashing critters with big sticks.  Basically arcade games with stats and (sometimes) equipment.  Diablo is a good example of this.

Asymmetric : A competitive game where the sides are not equal.  Giants : Citizen Kabuto was an awesome game where one player was an enormous giant while the other players had large teams of different aliens.  Kabuto was ludicrously powerful compared to individuals on the other sides so they had to rely on teamwork to take him down.  As our players show all the teamwork of a pack of starving vultures the game was pretty much a consistent massacre.  As I was normally Kabuto, this made the game awesome.  Evolve is a more recent example. 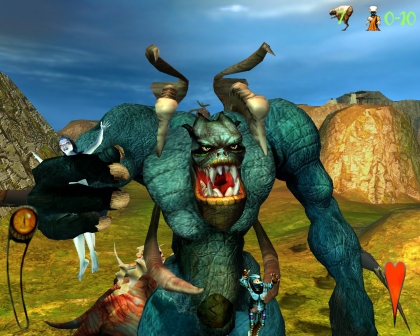 Balanced game play might not have been a priority.

Buff : A spell or ability that improves something about a character.

Build : A combination of configuration options on a character in a game;  it could be a set of statistics that are good for archery, a set of items that work well or some other combo.

Camping : Waiting at a location for some in-game benefit.  Frowned upon because it’s dull.  Spawn-camping, where you wait to instantly kill players that are entering the game is even lower.  Have an excuse ready;  “I wasn’t camping I was cycling the armour.” 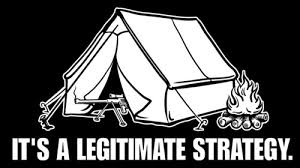 CTF : Capture the Flag.  Run into the opponents base, grab [The Object] (rarely a flag nowadays) and leg it back to your sides’ version of [The Object].

DoT : Damage Over Time.  Something like bleeding or burning where you take regular amounts of damage.

DPS : Damage Per Second.  This could be a measurement (“This new sword improves my DPS by 3.2!”) but can also refer to a kind of character in a game that is a damage dealer.

EA : Early Access.  A process in Steam where you can buy a game before it’s ready for release so you can help test and improve it before release.

FFA : Free For All.  A game type where it’s every man/woman/alien/robot for themselves.  None of that team play nonsense.

FPS : First Person Shooter or Frames Per Second.  The former is an action game in the style of Doom or Quake while the latter is a measurement of how well a game runs on your gaming hardware;  basically how many images are generated per second and so how smooth and realistic the graphics are.

Griefing : Annoying people by playing in a way that is outside the spirit of the game.  Repeatedly spawn-camping is a form of griefing and it usually involves killing someone.  Always killing a character that players need to progress in an MMO is another example, or logging on to a Minecraft server and blowing up someone’s buildings is another.

Holy Trinity : The traditional core of a role-playing game party of characters;  a tank to take the damage, a DPS class to deal it and a support to keep everyone alive.  In a fantasy RPG that could be a fighter, a wizard and a cleric (to heal) for example.

HP : Hit Points.  Another Dungeons and Dragons holdover but this represents how much damage your character can take before death.

Indie : Published independently of a large company (or self published).  This normally represents a game that’s not so concerned with guaranteeing a massive commercial success and so can have niche or odd gameplay.

LAN Party : LAN as in Local Area Network.  Everyone brings their computer to a venue, plugs into the LAN and plays multiplayer games.

MMO :  Massively Multiplayer Online.  An online game with 1000’s of players connecting to play it.  There’s normally a suffix at the end of this to represent the type of game;  World of Warcraft is an MMORPG.  Planetside is an MMOFPS.

Permadeath : You die, it’s game over.   No reloads, retries or do-overs.  Often an option in games (for people who like a challenge / masochists) though some games are totally based around it.

The “I’m not messing around here, are you sure?” sign.

Procedural Generation : Used to randomly create elements of the game on the fly, rather than having them pre-created by the designers.

Roguelike : A top-down RPG that incorporates some form of permadeath and procedurally-generated levels.  The gameplay is gnome-like in that each game is normally nasty, brutish and short.  But strangely addictive (“This time I’m going to get out of the first room!”).

RPG : Role Playing Game.  Literally a game where pretending to be your character is part of the gameplay.  This could be a game with a rich, detailed world to explore which the developers have created with history, geography and biology.  Or it could be a game where your character is represented with an “@” symbol and you have to improve your stats by slaying vicious “=”s.

RTS : Real Time Strategy game.  A top-down war-game where all the action happens in real-time.  Starcraft 2 is a modern example.  They often have multiple sides that play differently but are equally powerful. 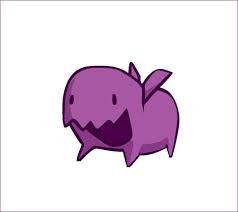 But clearly one side is always the best.

Sim : Simulator.  A realistic simulator of something, normally used as a suffix.  Elite:Dangerous is a space-sim.

Support : A character class that doesn’t do anything by itself but instead helps other characters do theirs.  A healer is the traditional support class but you also get classes that provide ammunition or amour to classes or buff their damage.  Their most important role is as a target for blame when everything goes wrong as it’s traditionally hard to quantify what effect their having is.

Tank : Heavily armoured or damage resistant characters that are designed to soak up damage and to try and make all the enemies attack them, sparing the ‘squishier’ classes like support and DPS the difficult jobs of having to move about and notice threats.

TBS : Turn Based Strategy.  A war game where you get as long as you like to make your turn and then your opponent goes.

XP : Experience Points.  A way to quantify learning.  Originally this came from RPG characters but other games have adopted them (units in wargames acquire them to represent veterency for example).

Like Loading...
‹ Tales from IT : The Great Snipe Hunt for DNS
PowerShell : Recording Process Run Time (Or, How Long Have I Played That Game For?) ›